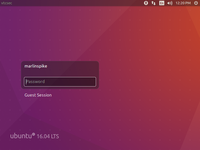 So there’s a netcat binary on the target server, which can be used to initiate a reverse shell back to us (this seems to be the bsd version of netcan, which is missing the -e command, so we have to use a backpipe): The command that’s used above, as well as other useful, commonly used commands can be found in my personal cheatsheet – look for “netcat backpipe”   For more information on what  netcat backpipe is and how to initiate a netcat session without the -e option look at the SANS Penetration Testing article Phase 4: Privilege Escalation Privilege escalation is occasionally a complicated process and is out of scope of this article to review it in details. A must read is g0tmi1k‘s Basic Linux Privilege Escalation In this case, the /etc/passwd and the /etc/shadow files are set with insecure permissions – as shown below the /etc/passwd file is writable by anyone, and the /etc/shadow file can be read by any user:   That’s a very rare privilege escalation vector, but it’s always worth checking it out. It’s actually one of the first things I usually check on my “to do” privilege escalation list.  From this point: As we are not able to write into into the /etc/shadow file and the host seems to have blank user passwords disabled, we could add a user with a password of choice into the /etc/passwd file. For compatibility reasons, the Linux system looks for a hash both in /etc/passwd and /etc/shadoow, so in case you add a line containing a password hash into /etc/passwd, the operating system will value it. To generate a password hash, the mkpasswd binary could be used (as the target is configured to use the sha-512 algorithm to store passwords we have to provide it to the mkpasswd command as well):   You could write the above hash down to have it prepared on hand as a password “123456” to save time in future similar cases. After this, we add a new root user to /etc/passwd using the following commands (make sure you use single quotes when writing the hash to /etc/passwd as otherwise you’ll have to escape some of the characters: And that’s a complete control over the system. In a real-world scenario there’s usually a next phase, called (Phase 5:) Post Exploitation phase During this phase, you have to go through all the important directories now that you have full access to the system, containing user configuration files and passwords, or download any web applications residing on the host, run netstat to find any other running services on the host not exposed externally, and download any databases. In a full network penetration test, look for any relations to other hosts on the same network which could be limited to local network access only.